why do (some) women dominate (some) men? 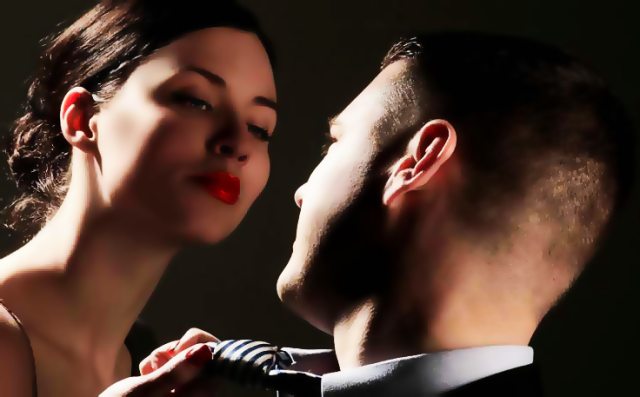 Why do women dominate guys?

2. An association is made between an object of pain (e.g., whip) and excitement/pleasure

3. The association continues to be reinforced throughout a person’s life

6. Little to no control, sexual or otherwise

he summarizes from his clinical experience of interviewing dominatrixes that:

[many of a dominant’s] histories confirm a significant loss of power or control in their families of origin. This loss may have come in the form of abuse, sexual or nonsexual, or in the context of feeling powerless or “without a voice” in the family.

If include the lifestyle dominants, the need for money can be motivated by business interest or needs of circumstance. I include sexual trauma with “sexual abuse”.

In Betchen’s article, he lists facts and fallacies about dominatrixes. I present those that address the wider aspect of domination:

5. It’s usually more about power and control than sex

14. Figuring out and meeting a submissive’s needs is the main high for many dominatrices

15. Another high is the level of trust given to them by the submissive

17. There is some evidence that the dynamic creates a strong physiological bond (i.e., oxytocin)

19. Activities vary: not all dominatrices inflict physical pain; some use only verbal humiliation

22. Some dominatrices believe the opposite gender is truly inferior

24. Struggle is appreciated because “bending the will” of the [submissive] is a high

27. Pushing or stretching a submissive’s limits is enjoyed

31. Dom or sub preference will depend a lot on one’s nonsexual personality

32. Some people can be both dominant and submissive but most prefer one over the other

33. There are organizations centered on a dom/sub culture

M.Farouk Radwan lists reasons [why] some women control men or their husbands:

Of course, women who assume the dominant role are not usually alone in their effort. Many men encourage them. Bechten contends that:

For example, a guy can hook up with someone who shows signs of dominance in other aspects of their personality in hopes of persuading them to dominate them sexually. In some relationships, the dominant initiates or lays the groundwork for domination of their partner. If either does not succeed, the relationship may fail [because] relational success [does not have] the matchup (such as dominant/submissive roles) of interests.

G. Seidman predicted that people who are high in sensation-seeking…would be especially likely to prefer dominant partners

The social pathologist  describes the high cost for women who prefer to be dominant in a relationship:

[dominant women]  are incredibly successful in nearly everything they undertake …except their personal lives.

What is the most predominate reason that some women dominate guys in a relationship?

3 Responses to why do (some) women dominate (some) men?